Back to main site

Parents feel the effect of school funding cuts too 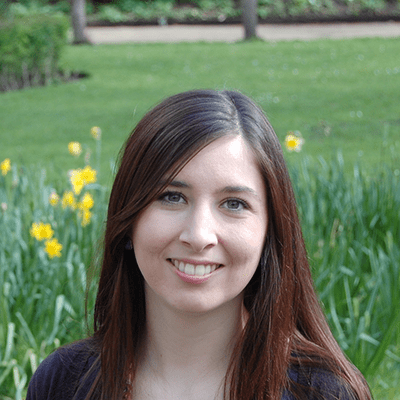 Article by
Cleo Fatoorehchi
Back to previous page

While parents are not thrilled to be increasingly asked to pay for their children’s school resources, they recognise it isn’t the school’s fault these requests are being made. Instead, they blame the government for its inaction when it comes to solving the school funding crisis.

On Mumsnet, the online forum “by parents for parents”, mothers and fathers have been supporting one another as more schools started asking them for money to pay for their children’s resources.

Even if they object to the principle of it, no parent on Mumsnet said they refused to pay. In the forum’s threads, they all agreed the requests reflect the terrible reality schools are facing today: UK schools lack funding to deliver the world-class education that children should be entitled to.

A forum participant wrote: “My son’s school will be cutting the length of the school day, accordingly reducing time spent on non-core subjects. It has cut administrative and management staff and is not automatically replacing teachers.”

Other parents commenting in the forum pointed out that, due to funding issues, teachers won’t be able to receive adequate training anymore, including first aid. Meanwhile, many conversations touched upon the teaching assistant (TA) role, since TAs are often the first casualties of budget cuts.

One participant wrote: “The reality is that, next year, the school simply won’t be able to provide the same standard of education to all children as it has been able to in the past. If TAs aren’t present, the interventions and small support groups that some children desperately need to be able to achieve as much as they are capable of just won’t happen.”

Trying to soften the blow to children’s education, it seems parents tend to pay what schools ask for. One commented: “we don’t have much money ourselves, but if buying the essentials for my children saves teachers and support services in schools, I’d be up for that.”

In addition, many parents feel they do not have an alternative if they want to give their children the best education possible. “Parents are a captive audience”, one commenter in the forum stated. They care about the education of their children so they are the first port of call when schools are struggling and need funds.

One person posted: “Unfortunately, schools are victims of ridiculous funding cuts and they are trying their best to raise money somehow. Some schools have to beg parents for some cash to buy some very essential stationery and supplies – it’s ridiculous that they are put in that position.”

“How else are schools supposed to raise money?”

According to most parents, this situation is a result of the government’s policies. Instead of expecting schools turn to parents for money, the government should ensure schools have the means to deliver the high standard of education the UK is renowned for.

As one parent wrote: “We’re one of the richest nations in the world, we should be able to adequately fund our schools. Where is our tax money going – because it doesn’t seem to be funding schools, NHS, social care or housing.”

“So it’s our duty, as parents, to start taking a stand and supporting our schools. The government needs to address this issue, instead of schools sacking well-needed staff.”

To put an end to this, some parents called on the community to take action:

“Write to your MP and get talking to other parents about the cuts that schools face. I was horrified by the figures in this NAHT video, particularly because these are headteachers calling for something to be done before our children’s education is damaged. Share it on your social media; at least, we’ll get the message out there.”

At BESA, we launched the Resource Our Schools campaign to ensure that every school has access to the resources they need to deliver the education that our children deserve.

While Justine Greening, the Secretary of State for Education, announced £1.3bn additional funding for state schools in early July, the Institute for Fiscal Studies quickly calculated that it actually still amounts to a real-terms cut of nearly 5% until 2019.

It is, therefore, paramount we keep up the pressure on the government. Pupils in the UK must benefit from the world-class education that the country prides itself on providing across the globe.