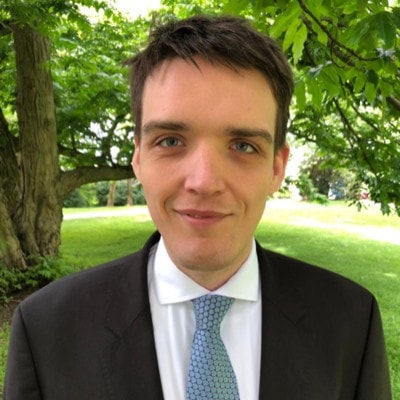 As death knell chimes for half the cabinet, it’s time for Williamson to breathe live into an education agenda.

Big Ben’s bells may not be set to bong for Brexit but, for many government ministers, 11pm on Friday will sound the end of their time in cabinet.

Job security and ministerial office are, of course, two concepts that do not necessarily go together. After all, the Institute of Government think tank reported this week that the average tenure of a UK Secretary of State is now just 18 months – a period that is more than a year less than that of German ministers – while since 2010 alone, the education, FE and industrial strategy portfolios have passed between 48 different pairs of hands.

Yet Boris Johnson seems to have come to the conclusion that his cabinet is so intellectually anaemic so as to deserve breaking these records. Johnson’s policy chief, Munira Mirza, briefed The Sunday Times last weekend that Johnson will reshuffle his cabinet on either the first or second Friday of February – and that at least 8 of 23 ministers will get the axe.

Williamson set to survive, but he can no longer afford to be the invisible man

Williamson’s tenure at the DfE so far has been more wooden than Woody from Toy Story. A generous interpretation would be to say that he is diligently abiding by Dominic Cummings’ mantra that this government will reward those ministers that keep their head down, and prioritise getting the job done over media razzmatazz.

Except it is not clear what it is Williamson is actually getting done. The morning after an election is as good as it gets for governments. In the same manner No. 10 has spent January indulging in PR-friendly moves to woo its new constituency of northern voters – think rumours of moving House of Lords to York, the DfE to Leeds as well as the nationalisation of the regional airline Flybe Williamson has spent the post-election period touring newly-elected Conservative constituencies.

This week, for example, Williamson engaged in a six-day tour of the Midlands, North Yorkshire and the North East, first to announce £2.4 million funding to improve schools’ sports facilities and teaching, and second to unveil £24 million additional funding for schools in four areas of the North East.

The problem for Williamson is that he appears better at ‘announcing policies’ than conceiving any of his own. The £2.4 million School Sport and Activity Action Plan was published by Theresa May’s government in July 2019, while the North East School Opportunity Fund was announced by Justine Greening in 2017, with Damian Hinds pledging £24 million of funding in October 2019.

In an interview with the Financial Times published this morning, a “senior member” of No 10 is quoted as saying that the new cabinet will oversee “Conservativism unleashed,” the pledge being that Johnson’s government will reorganise the bases of the British economy in a way not seen since Thatcher.

That may be true, but to truly change the basis of the British economy, Johnson will need to use education policy as a weapon with which to address the economic legacy left by Thatcherism whereby manufacturing jobs were replaced with low-skilled jobs in the public sector. As the education historian Derek Gillard has written, if the post-Thatcher recovery of these towns has been slow and incomplete, this is because few governments have sought to ‘level up’ education provision in these areas.

The outcome is a Britain in which our post-industrial towns have the second worst literacy levels in the OECD, and the worst numeracy ones. If the of the ‘Workington Man’ became the  bellwether of the Tories’ 2019 election campaign, it should not be forgotten that a fifth of its workforce is employed in low-skilled health and social work, the real median hourly pay has dropped by 80p per hour in the town since 2008 and that manufacturing employment has fallen by 80% there since 2005.

The central role of education for Brexit’s ‘Hezza’

In the week that Boris Johnson described himself as a “Brexity Hezza” – a reference to the Tory wet Michael Heseltine who believed that the state should intervene “before breakfast, before lunch and again after tea” if necessary to change social and economic outcomes – it is clear that he needs an education policy up to the cause.

The most likely outcome is that Williamson will continue to serve his role as a ‘placeholder’ Secretary of State – a man who officially dons the title, but whose silence belies the fact that No 10 Downing Street will command and control and education policy.

If Williamson has fashioned himself as the champion of ‘FE and apprenticeships,’ it appears already that No. 10 is seeking the counsel of others on this issue. In a blow to Williamson, last night it was confirmed that Alison Wolf, author of the 2011 Wolf review, is to be appointed as Johnson’s senior adviser on FE, Skills and Apprenticeships. With Wolf’s daughter, Rachel Wolf, having authored the Conservative election manifesto, it looks fairly certain as to where the locus of power will lie between No 10 and the DfE.

“The worst thing about Communism,” quipped the Polish dissident and newspaper editor Adam Michnik in 1988, “is what comes after.”

Despite hymning the dawn of glorious new era this week, Boris Johnson might be forgiven for sharing Adam Michnik’s sentiments as the eve of Brexit approaches. Britain’s exit from the European Union is unquestionably Johnson’s victory. But, after all the triumph and pageantry, after ministers parade down the Mall as Downing Street is illuminated in the blue, white and red of the Union Jack, there lies that short, little awkward question: what comes next?

As criticism continues to pour down on Johnson for his handling of the Huawei 5G decision, as well as his tip-toeing around Donald Trump’s Middle East Plan, Johnson will be aware that even the political capital of his Brexit triumph will only go so far.

And so it seems that Johnson is already getting to work on his post-January 31st agenda. This week in particular has been notable for how Johnson has sought to re-seize control of the narrative on school funding.

Policy geeks will remember the Schools Cuts website that the National Education Union launched last November.  The website proved extremely effective in countering the government’s claim of record school funding, with it being revealed instead that 83% of schools would be worse of in 2020-21 than they were in 2015.

In a somewhat unconventional move, Downing Street announced this week that it will be establishing its own rival website, called School Gains. The prime minister’s office said that parents will be able to find out how much extra funding their local school is due to attract under planned increases for the next financial year using a “new, easy to use website.”

This is not the only PR-inspired move that the government embarked upon this week. You might remember that the Government inscribed in legislation as part of the European Withdrawal Act that the UK cannot extend the Brexit transition period past 31 December 2020. This was a move that screamed optics over substance: any such legislation is meaningless given that the government can simply whip MPs to reverse it should an extension be needed.

Nevertheless, this week the government performed the same move in the education domain, announcing on Thursday that it will introduce legislation that mandates in law that councils honour No 10’s commitment that all primary and secondary schools receive £3,750 and £5,000 of funding per pupil from April onwards.

Pupil Premium will increase from April

The biggest announcement, however, was left for late on Thursday evening, when the DfE revealed that pupil premium will increase from April by £25 for primary pupils and £20 for secondary pupils. Premium pupil at primary will therefore be worth a total £1,345 for each student while at secondary the figure will be £955.

As a reminder, pupil premium is paid to all pupils who claim free school meals, or who have claimed free meals in the last six years. The last time the rate rose was in 2015-16, though the DfE’s late-night announcement has already come under criticism for only increasing the 2016 rate by one year’s worth of inflation – 1.8%. This means in real terms that per pupil pupil premium will still have declined in real terms since 2016.

If you have any feedback, please email alex@besa.org.uk

Have a lovely weekend and spare a thought for a certain Policy Analyst whose birthday also happens to be Brexit day.