Brazil Big business opportunities despite a labyrinth of import taxes 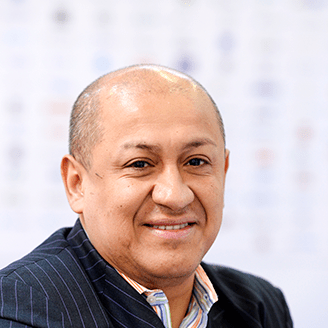 In early May our International Manager, William Prieto-Parra, led a mission of four UK suppliers to Brazil for the international conference Bett Brazil. Here he shares his insights on the big business opportunities that lie in Brazil for educational companies.

Brazil is a federal republic divided into 26 states and one federal district. Each state has several municipalities, which are similar to counties. Each state and municipality has administrative and financial autonomy and may enact their own laws and collect their own taxes, provided it is within the legal boundaries set forth by the federal constitution.

Each region in Brazil has its own cultural, social and economic characteristics. The southeast region is the most economically developed region and concentrates most of the wealth and high-end private and governmental universities and schools. The state of São Paulo has the highest GDP (R$500 billion, circa US$150 billions) of the 26 states. There are also high-quality universities and schools around the country, mostly in state capitals. The most prestigious universities in the southeast region are commonly controlled by state or federal governments.

Brazil is the seventh largest economy in the world, which is one of the reasons there is a regular increase in the number of companies planning to start a business in Brazil. Brazil’s domestic market has been boosted by the federal government’s programme (Bolsa Familia) that gives financial aid to poor families as long as they can prove their children are regularly attending school. As such, 36 million people have been lifted out of poverty and into the consumer market.

However, Brazilian bureaucracy is one of the biggest hindrances international companies face when starting a business in Brazil. As such, solid and tailor-made legal advice is key for successful business transactions in Brazil.

The majority of Brazilian students – 81.7% in 2015 – are currently in public schools, ie controlled by federal, state or municipal governments. This figure has declined in past years (86.7% in 2008) but is still dominant. In 2015, Brazil had 49,771,371 students in Basic Education level (children from 4 to 17 years-old). The Ministry of Education, together with the Secretariat of Education of States and Municipalities, regulates Basic Education in Brazil.

Educational material may be freely adopted by educational institutions in Brazil, provided that it follows the general parameters set by the government. A common and mandatory national curricular basis to High School has been recently developed and is under approval, which establishes an obligatory content and an optional content, granting certain autonomy for institutions to create their own curriculum with regard to the latter.

Basic education consists of the following:

Public schools represent the majority of Brazilian schools, which makes the government the main player of the educational market in Brazil. The textbooks available for students are chosen by the National Textbook Programme (PNLD, Programa Nacional do Livro Didáctico), which is an official governmental programme to select and distribute textbooks to the students of public schools under the Basic Education level (4 to 17 years old).

Public schools may choose the textbook of their preference of a list generated by the programme. The state and municipal schools usually acquire complementary educational material. As a general rule, the government acquires not only textbooks, but services and other materials by means of a public procurement.

There are several kinds of public procurement procedures, but they usually start with the publication of a public notice containing the details of the services/material to be acquired and the requirements towards the supplier (such as proof of technical, economic and financial capability to deliver goods or services, among others). Between the suppliers that meet the requirements, the government will choose the one offering the lowest price. In general, the public procurement procedures to acquire textbooks and other educational material require the supplier to be located in Brazil.

Each of Brazil’s federal, state and municipal governments is entitled to charge its own taxes. The ISS (Tax on Services – similar to a VAT tax) is charged by states and municipalities, respectively.

Other taxes, such as Import Duty (II), Tax on Industrialised goods (IPI) and Tax on Operations related to the Circulation of Goods and Provision of Interstate and Intermunicipal Transportation and Communication Services (ICMS), may vary depending on the tariff code of each product included on a list published by the respective governmental body.

According to the World Bank, the Brazilian tax system is one of the most complex in the world. Approximately 10% of the laws enacted in Brazil deal with taxation. Brazil has approximately 60 different types of taxes. Taxation is one of the biggest hindrances faced by companies in Brazil. Municipalities, states and the federal government grant companies with different types of tax incentives in order to boost national and international investments and improve local economies around Brazil. Knowing the shortcuts is key to fast-tracking your company’s growth in Brazil.

The local taxation is significantly less than taxation on international transactions, allowing local firms  to deliver their product/service for a much more competitive final price. This methodology to pay at a lower tax rate can only be used by companies incorporated in Brazil and it allows such companies to enjoy a very beneficial tax regime.

Selling directly to your customer in Brazil may subject the product to some paperwork since the importation procedure to be carried out is heavily bureaucratic. Having a local company to distribute your products may be more appealing to your customer since they will not be dealing with importation paperwork. The exporter must check the tariff code for each of the products to know the nominal tax rate applicable related to Importation Tax IPI and to confirm whether your product is under an ICMS tax general rate. Due to local tax benefits, assembling goods locally will give the exporter a tax decrease.

Books (except e-books) have a specific tax treatment, regardless of whether it is educational or not. Printed books, magazines, newspapers and similar printed materials are exempt of all taxes, to stimulate the dissemination of information and knowledge. Brazilian courts ruled that e-books are entitled to equivalent tax treatment, however the Social Integration Programme Tax (PIS) and Contribution for Social Security (COFINS) on e-books must be paid on domestic transactions.

Under the Software as a Service (SaaS) business model, the customer pays for the use of a web-hosted platform during a certain time span rather than acquiring the software itself. The taxation applicable is similar to the taxation for services provision. CIDE tax (Contribution on the Intervention of the Economic Monopoly) and PIS/COFINS taxes shall be paid by the Brazilian customer.

ISS and IRRF (Revenue Tax Withheld at the Source) taxes shall be withheld (discounted) from the payment to the UK company, reducing the amount of cash to be transferred to the UK. Although there is not a Double Taxation Treaty (DTT) in place between Brazil and the UK, there is a mutual understanding allowing UK companies to offset IRRF withheld in Brazil against the Corporation Tax to be paid in the UK.  Alternatively, the BR Customer may embed the IRRF and the ISS in the value of the transaction, which would cause the Brazilian party to bear the tax burden and enable the UK to receive the full amount after taxes with no discounts. However, this would result in a 7.2% additional tax cost to the product.

This is for products where the customer acquires the software itself rather than paying for its temporary use.

ISS and IRRF taxes shall be withheld (discounted) from the payment to the UK company, reducing the amount of cash to be transferred to the UK. Although there is not a DTT in place between Brazil and the UK, UK companies may offset IRRF withheld in Brazil against Corporation Tax to be paid in the UK. Alternatively, the IRRF and the ISS may be embedded in the value of the transaction, enabling the UK to receive the full amount with an additional 7.2% tax cost for the Brazilian party under this scenario.

Setting up an office in Brazil

The period of time to have a company incorporated and running in Brazil depends on its business activity. With all necessary documents ready a service LLC can be incorporated in Brazil in up to 72 hours. The most commonly used corporate formats are the following:

Whatever your choice of entering the Brazilian market – via an agent, a distributor or setting up your own offices – having a solid tailor-made contract is the best way to start all sorts of legal relationships. Establishing the right guarantees, rights, obligations, penalties etc is key to making a contract enforceable. Corporate and legal issues require specialised legal assistance that provides support to companies and economic groups during all phases of the business.

With regards to intellectual property assets, including filing and monitoring procedures for trade and service, you must register your brand with Brazil’s National Institute of Industrial Property (INPI).

Arbitration chambers in Brazil have dealt with US$10 billion worth of cases in the last four years. The number of cases in the chambers has been rising fast and it is an area that has gained more acceptance among companies and lawyers. There is a law in Brazil recognising the legality of the arbitration decisions. However, one of the issues that can arise is the enforcement of the arbitration decisions, including issues related to guarantees located in Brazil.

Sign up for updates from BESA
Latest insights
On Tuesday 22nd June, the Education Secretary Gavin Williamson appeared before the Education Committee. He faced questions right across his brief, with MPs taking the opportunity to ask about the Government’s...
read more >
Many multi-academy trusts (MATs) are seeing the benefit of streamlining their website infrastructure by using a single website provider. Not only can it help...
read more >