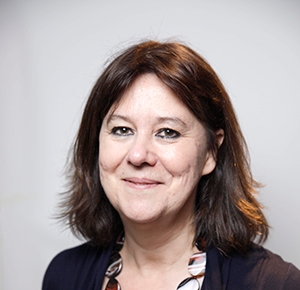 While schools are now out for the summer, most nurseries stay open. And since a number of policy changes will start being implemented in September, the summer won’t be all fun and games for many nursery leaders.

Last month, Liz Roberts, Editor of Nursery World, was the guest speaker at BESA’s Special Interest Group on Early Years, where she discussed some of the concerns that the 30 hours free childcare policy has been raising. Here, she agreed to share her thoughts on the challenges and opportunities of enforcing the upcoming early years policies, and the place of EdTech in nurseries.

Robert Goodwill is the new Minister for early years, but his brief also includes vulnerable children and families; do you think that will negatively impact the Department for Education’s work on early years?

There has been some concern that the expanded scope of Robert Goodwill’s ministerial brief (Children and Families) means that there will be less focus on early years. However, previous ministers have also had additional responsibilities (equalities for Caroline Dinenage, for example) and having vulnerable children and families and SEND under the minister looking after early years education and childcare does make logical sense.

If there is any less emphasis on early years in the near future, it will probably be because major initiatives on 30 hours free childcare, Tax-Free Childcare and the Workforce Strategy have already been launched, and it is now about implementation rather than bringing out more new policies.

Do you think the short Tory majority that came out of the general election will affect the implementation of the 30 hours free childcare policy that the government passed in March 2017?

The 30 hours policy was never going to be easy to implement in terms of the role and participation of nursery providers, but I don’t think that the general election result will make any real difference to the will to go ahead with the full launch in September this year. For parents, the promise of 30 hours free childcare a week is a genuine vote winner, and no one in government would want to be seen to pull back from that. How successful the policy is, and whether supply of nursery places is sufficient, remains to be seen.

When you came to our BESA Early Years Special Interest Group in June, you mentioned the problem of the lack of training in nurseries. Is it the main challenge currently facing nurseries, or are there others more pressing?

Staff training has become more of a challenge for nurseries as the role of local authorities and their funding has been reduced. Councils used to provide a lot of free or low-cost training for nursery staff, but much of this has been dropped or is now being charged for at a much higher rate. It can now be hard for nurseries to find the budget for staff training and to work out the best options on the market.

However, staff recruitment – finding enough staff at the right qualification levels, and coping with free entitlement funding rates added to rising costs such as Living Wage, business rates and pensions auto-enrolment, are probably bigger headaches for many.

How much is educational technology being used in nurseries?

There’s been a huge rise in the number of learning journey software systems on the market (used to record observation and assessment of children, and track their development and outcomes against the EYFS goals).

And there’s lots of interest in the best ICT resources and equipment – digital cameras, whiteboards, iPads, programmable toys, apps etc., which are becoming an essential part of nursery activities.

Sign up for updates from BESA
Latest insights
School closure at a moment’s notice There has been much said about the role of online learning during lockdown, but...
read more >
Only 17 of England’s 151 local authorities to advise June 1st reopening Throughout the Covid-19 crisis, events on the European...
read more >