December 17, 2018
< Back to News
Categories Member NewsPress Release
View by Date December
Back to previous page

The anniversary also coincides with the 25th anniversary of Britannica Online (eb.com), the first encyclopedia on the Internet and one of the first major publications on the World Wide Web.

Britannica’s two-and-a-half-century journey began on an out-of-the-way street in Edinburgh, Scotland, in 1768, when the encyclopedia’s founding publishers, Andrew Bell, an engraver, and Colin Macfarquhar, a printer, hired scholar William Smellie to be Britannica’s first editor and set him to work producing a practical reference work founded on the principle of “Utility,” with a goal of making knowledge available to the masses in a world where Latin was the language of intellectuals.

On December 10, 1768, a small section of the first volume of the encyclopedia was published. What would eventually be a three-volume set was released piecemeal over three years, concluding in 1771. The founders supported the project through the 18th-century equivalent of a crowdfunding campaign.

From there Britannica expanded to a 10-volume second edition beginning in 1777, and over the course of the 19th century and several new editions it would grow both in size and reputation to become one of the most trusted sources of information across the world.

“The fax machine has gone the way of the dodo bird,” Edmond explained “. And the iPhone will survive only if it keeps outperforming its competition. Typewriters and steam engines died in changing environments, but the Encyclopaedia Britannica evolved, its cumbersome thirty-two-volume set sprouting digital feet and, like the lungfish, expanding into uncharted territory, where it now thrives”.

“Today, Britannica is focused on inspiring curiosity and the joy of learning both inside and outside the classroom, helping people cut through the clutter and find better information in the digital universe and transforming learning within schools”, said Karthik Krishnan, global CEO of the Encyclopaedia Britannica Group.

“Britannica has a presence in 83 countries and reaches 150 million students on the institutional side. On the consumer front, Britannica and our Merriam-Webster subsidiary generate over five billion page views a year across all platforms, making it a top-ten digital destination in the general reference category”, said Krishnan.

“Our mission, to provide verified information in engaging formats to inspire curiosity and the joy of leaning, is more vital today than ever. With proactive misinformation flooding the digital world, now more than ever truth needs champions. Britannica is committed to helping people cut through the clutter though initiatives such as Britannica Insights, Britannica School Insights, Demystified and our partnership with YouTube to fight conspiracy theories. Britannica is also actively working with schools on digital literacy efforts to prevent knowledge dilution”.

Krishnan said Britannica will conduct a year-long series of celebrations, involving students, educators, and the public in forums, civic events and online activities, beginning with “Curiosity Day” which will kick off on Monday at Jesse White Learning Academy, in Hazel Crest, Ill., and Eisenhower Academy, in Joliet, Ill.

“Curiosity Day, December 10 annually, will launch here in the Chicago area, with the goal of making it a global, grassroots movement. We will encourage people to ‘learn something new and share something new.’ With today’s alarming trend – smarter phones and weaker minds – Curiosity Day is designed to rekindle an innate human trait that helps us break boundaries and progress. Particularly in a world where humans have to compete more and more with sophisticated machines powered by artificial intelligence”.

The Britannica Anniversary Edition, published to commemorate the anniversary, includes interesting insights from its past and present and perspectives on the future from leading scholars, writers and thinkers from the 18th century to today. The volume is a testament to human progress – how far we have come and how far we go from here.

“The medium in which we operate may change, but our commitment to UTILITY remains steadfast and unwavering”, said Krishnan. 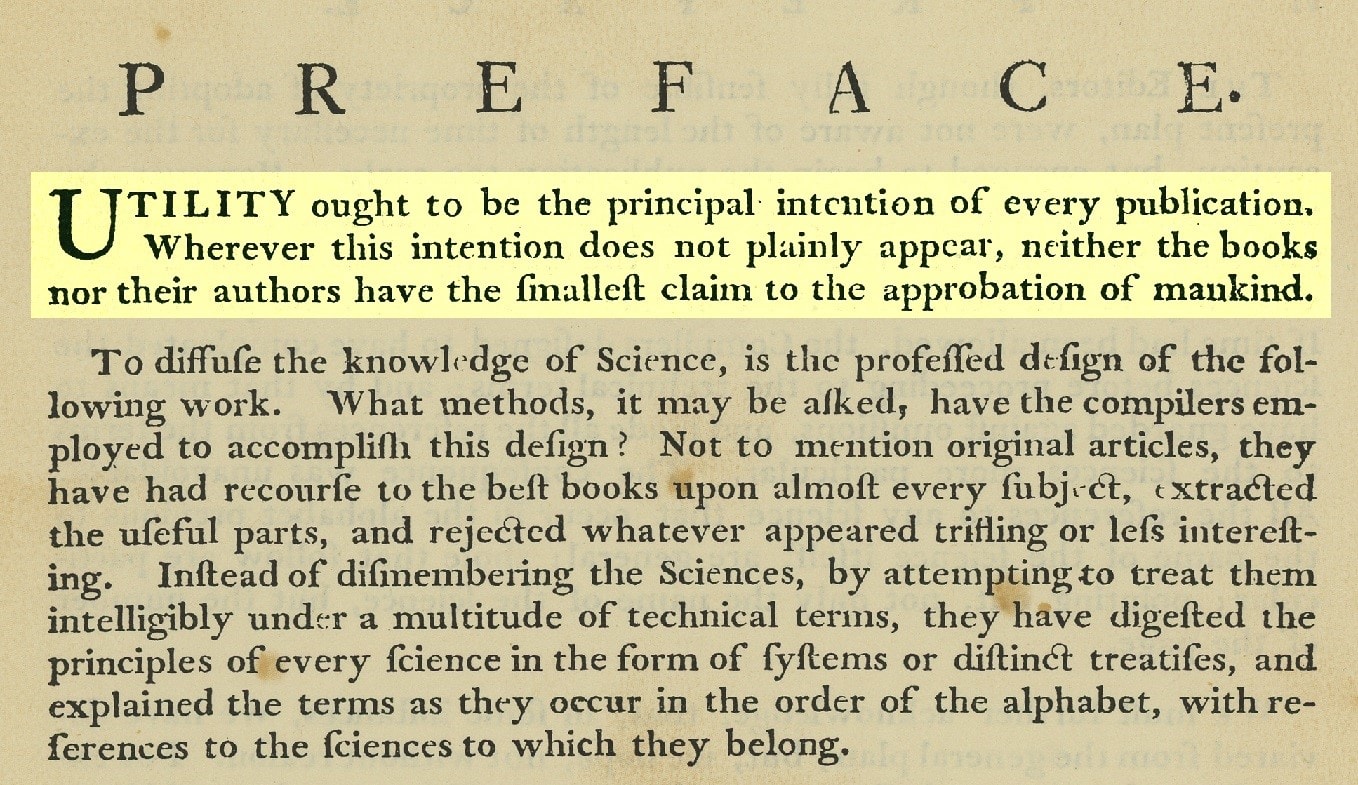 The Encyclopaedia Britannica Group is a global knowledge leader. A pioneer in digital learning since the 1980s, the company today serves the needs of students, lifelong learners, and professionals by providing curriculum products, language-study courses, digital encyclopedias, and professional readiness training through its extensive products.