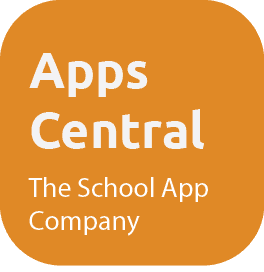 The deal agreed with the Council will see the leading Scottish “edtech” company provide 65 tailored smartphone and smartpad apps for use in all the local authority’s primary, secondary and nursery schools.

“It’s a great boost  to have secured this agreement with the award-winning East Ayrshire Council, building on the excellent relationship that we already have with many individual schools across Ayrshire.”

“Apps Central is growing even faster than projected. As well as this milestone agreement, we are also celebrating signing up our 500th Scottish school partner, and we are confident of doubling our turnover this year. Success in a rigorous procurement process and the ability to enter a formal partnership with a progressive local authority of EAC’s standing is a great boost to our confidence, and bodes well for future similar deals across the UK.

“Our focus now is on ensuring that we provide the authority and its school communities a premium service as word-of-mouth recommendation is key to continued success. We hope that this wider partnership will allow us to demonstrate the benefits of efficient communications, increased parental involvement, and strengthening of the all-important school communities.”

“The digital world is moving and changing at an incredible pace, offering more efficient, smarter and better connected ways to keep in touch.

“It made perfect sense to become involved with Apps Central, whose product offers us the clarity, speed and a joined up approach to communications adding value to what we already do.”

Apps Central  ends the 2018-19 academic year on a high, as Carmuirs Primary in Falkirk last week became the of its 500th Scottish school to enter a partnership with the firm.

The company’s school app has been downloaded over 200,000 times, and is in use in all but a handful of local education authorities (LEAs) in Scotland, its primary market to date. As well as the 100% use in East Ayrshire, penetration rates are highest in Dundee, where 60% of schools are using the app, Falkirk (59% of schools), Stirling (58%) and South Lanarkshire (55%). Meanwhile, an independent survey by the online portal Edtech Impact, found that 96% of customers agreed that the apps improved parental engagement, as well as saving schools money, and reducing teacher workload.

Apps Central expects to have formed partnerships with 750 schools across the UK by end of the 2019.

Sign up for updates from BESA
Latest news
As schools close their doors to the majority of pupils for the second time, The British Educational Suppliers Association (BESA),...
read more >
UK education exporters can now sign up to take part in BESA’s new UK-China export engagement programme, funded by the...
read more >