The award winning software company KAZ has launched a challenge to schools across the globe using its touch typing program. Go online and test your speeds against the best of the best.

The competition runs from January 10th – June 30th 2020 and schools can join in at any time. Students can take the timed test as often as they wish and their best score will be saved. A leader board will be published on the KAZ site each month and the result will be announced in July.

The student with the highest number of words per minute will be awarded a KAZ Touch Typing Winner’s Certificate and a City & Guilds licence. The winning school will receive The KAZ Touch Typing Trophy 2020, a year’s free subscription to KAZ, as well as press and social media publicity.

Schools that have a KAZ licence can check up on student progress at any time which means they can also run their own in-house tournaments and maybe even pitch staff against students. Find out which of your learners could be a top-flight court reporter, transcriber or programmer of tomorrow.

Alan Tsui, Academic Enrichment leader at Willow Brook Primary School Academy in Leyton, is keen to improve the typing speeds of his young pupils and frequently challenges them to beat his score:

‘The KAZ Administrator panel and student progress display is absolutely fantastic,’ he said. ‘The children I work with are always thrilled to see their scores displayed in a way that is easy to understand and rank their performances.’

The original idea for the KAZ international touch typing competition came from Dublin Oak Academy, an international boarding school in Ireland. Principal Robert Pattison used KAZ throughout the school.  The boys learnt the basics in hours but to make sure they built up their speeds he set up an inter-form competition where the typing champions of each class were pitted against one another. At one stage this was so successful that he found boys were neglecting their studies to improve their typing speeds!

‘It is the professionalism of touch typing that is so important,’ he said. ‘You don’t expect to see a manager or project leader in the workplace tapping away using just their two forefingers. In this day and age, it just looks prehistoric!’

‘Our software is popular in the workplace and for apprenticeships. These days, everyone – from doctors to solicitors to university students – needs to use technology to produce text and an increasing number of students use computers in examinations so it makes sense to train them to use the keyboard more efficiently.’

Touch typing makes a massive difference to speed and accuracy and reduces the risk of repetitive stress injuries (RSI). Research by Pitman Training shows that people who type with two fingers manage between 27 and 37 words a minute, while someone trained to touch type can reach between 50 and 70 words a minute.

So, sign up, have a go and help your students take the first steps towards world class typing speeds! 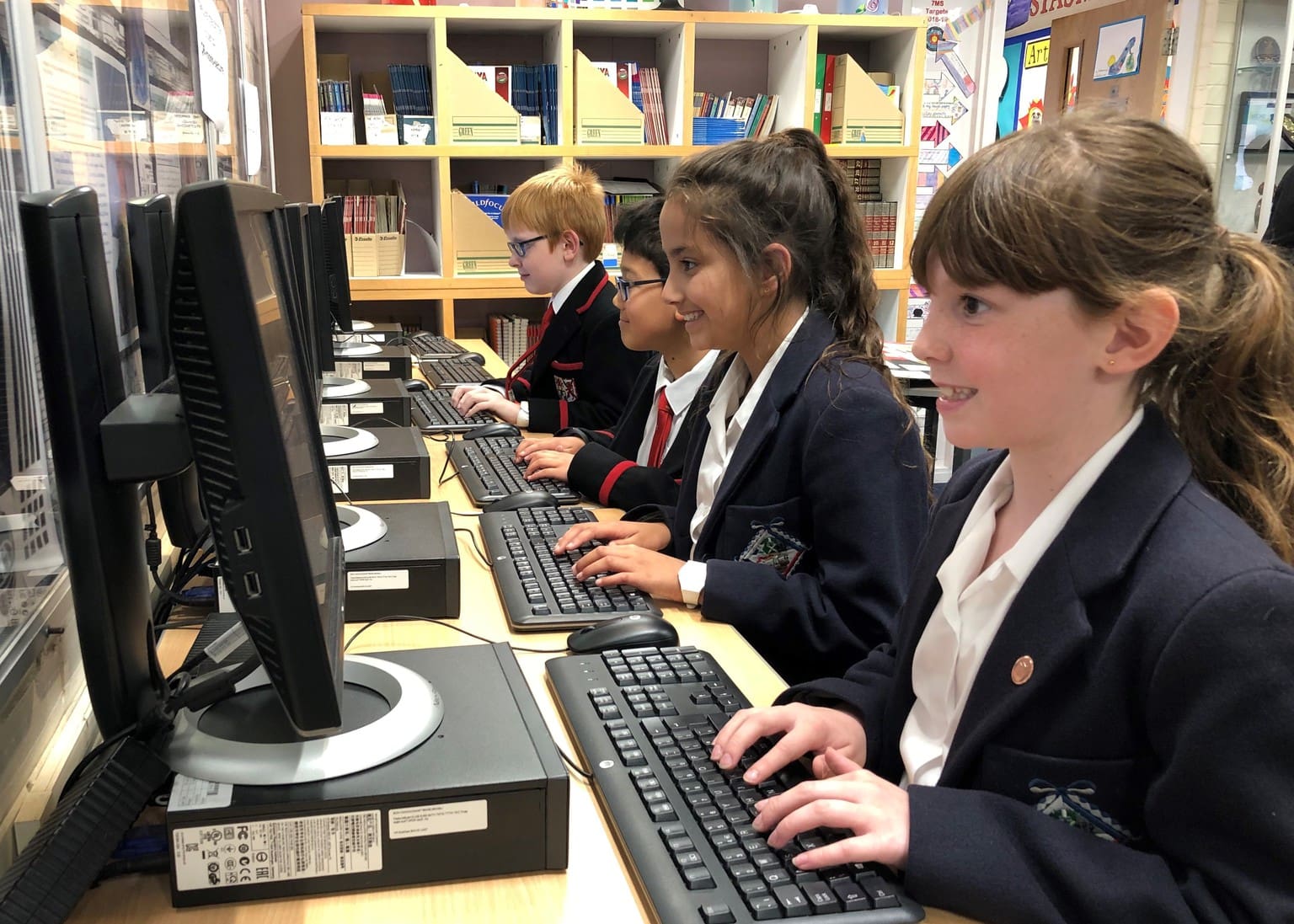