< Back to Events
Categories
Back to previous page

Join us for this webinar to understand more about data transfers to the US and EU after Privacy Shield.

This event will
be hosted as a
webinar
View Map

Join us for this webinar to understand more about data transfers to the US and EU after Privacy Shield.

In the “Schrems II” judgement of July 2020, the Court of Justice of the European Union (CJEU) invalidated the EU-US Privacy Shield Framework which had been established to ensure that personal data transfers made by companies from the EU to the US could comply with EU law.
This judgement has raised the prospect of major disruptions to the flow of personal data from the EU to the US. With the UK still being subject to EU law until 31 December 2020, it also has led UK companies to ask whether they can still transfer data to the US during this period, and if they will face legal repercussions for doing so.
The problem does not end on 31 December 2020 however. If data is the new oil of the global economy, EdTech companies rely on data transfers to the EU for much business. To ensure these flows continue after Brexit, the UK will need to seek a Mutual Adequacy Agreement from the EU. But the EU is unlikely to grant one to the UK if it decides to license its own data transfer agreement to the US. Businesses find themselves caught in this regulatory knot.

This event will be presented by Eleonor Duhs, Barrister, Fieldfisher. 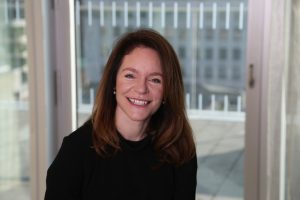 Eleonor is a Barrister in Fieldfisher's privacy and information law team. She was the UK Government’s lead lawyer in EU negotiations on the GDPR.

Eleonor advises clients from the public and private sector on all aspects of GDPR compliance including data sharing, international data transfers, and the impact of Brexit on data protection.

As a senior government lawyer, Eleonor gained extensive experience of public and EU law. In addition to her work on data protection and information law in the Ministry of Justice she worked in the Department for Exiting the European Union where she led on the core provisions of the European Union (Withdrawal) Act 2018 and aspects of the Withdrawal Agreement and the framework for the future UK-EU relationship.

Eleonor was the Foreign and Commonwealth Office’s lead lawyer on the European Union (Referendum) Act 2015. She has also represented the UK at the United Nations Human Rights Council in Geneva. Eleonor has given evidence on Brexit and data protection to the British-Irish Parliamentary Assembly in the UK Parliament . She is regularly quoted in the press and has given several interviews to the BBC on Brexit. She frequently speaks at national and international conferences on Brexit and data protection.

Reserve your space below: